Stellar Populations in the Central Galaxies of Fossil Groups

2 School of Physics and Astronomy, The University of Birmingham, Birmingham B15 2TT, UK

It is inferred from the symmetrical and luminous X-ray emission of fossil groups that they are mature, relaxed galaxy systems. Cosmological simulations and observations focusing on their dark halo and inter-galactic medium properties confirm their early formation. Recent photometric observations suggest that, unlike the majority of non-fossil brightest group galaxies (BGGs), the central early-type galaxies in fossil groups do not have boxy isophotes, and are therefore likely to have formed in non-equal-mass, gas-rich galaxy-galaxy mergers.
Although the isophotal shapes of early-types can be used to infer the nature of the parent galaxies of their most recent mergers, detailed star-formation histories of the galaxies are also needed, in order to uncover the epoch of these mergers and the differences in the physical processes which produce fossil groups rather than `normal' galaxy groups. In this study, we use a powerful long-baseline (UV-optical), multi-component, stellar population fitting technique to disentangle the star-formation history of the dominant central giant elliptical galaxy in a sample of five fossil groups, and compare this with a control sample of non-fossil BGGs, in an attempt to fully understand their merger histories. Our technique allows us to identify multiple epochs of star formation in a single galaxy, and constrain the metallicities of the constituent stellar populations.
Resolving the populations in this way gives us a much clearer picture of galaxies' histories than simply using the mean age / metallicity of total stellar populations recovered by more conventional techniques using absorption line strengths.
We find that i) the dominant stellar components in both galaxy samples are old (>10 Gyr), metal-rich (≥solar) and statistically indistinguishable in terms of their ages, metallicities and relative mass fractions; ii) the ages of the secondary, younger stellar components are also statistically indistinguishable between the two samples; iii) the central fossil galaxies have secondary stellar components which have significantly lower metallicities than the corresponding stellar populations in the BGG sample.
In a gas-rich merger, dissipation dilutes the previously-enriched gas in the central regions of the parent galaxies with gas which has not been metal-enriched, lowering the metallicity of the stars produced. Hence, we conclude that the central fossil galaxies are the products of early and exceptionally gas-rich mergers, which leaves them with lower metallicities in their most recent merger-induced stellar populations than their BGG counterparts. In contrast, although the last starburst-inducing merger of the 'normal' BGGs occurred at the same epoch as that of the fossil BGGs, they have undergone a subsequent dissipation-less merger, leaving them in the present day with boxy isophotes and more disturbed x-ray emission, but no further significant star formation. 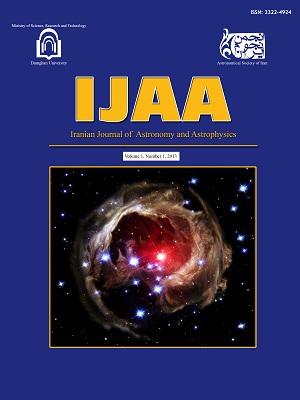